“Yoga is a light which, once lit, will never dim. The better your practice, the brighter the flame.” (B.K.S. Iyengar) 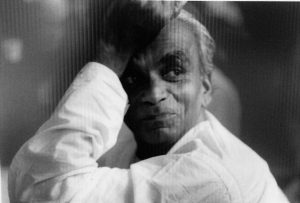 Bellur Krishnamachara Sundararaj (B.K.S.) Iyengar was born in Bellur, India 1918. He is one of the most respected yoga teachers in the world. In 1937 he moved to Pune where he devoted his entire live to develop asanas (poses). Later Iyengar founded and opened the Ramamani Institute in Pune where to this day his style of yoga is taught.

Throughout his life, Iyengar practiced relentlessly, learned and experimented to achieve perfection in yoga asanas. He developed various techniques to alleviate a range of medical conditions in his students.  In 1952, he became friends with the famous violinist Yehudi Menuhin. Menuhin was instrumental in arranging for B.K.S. Iyengar to teach in the Western world.

Iyengar also became a well-known author of many books on yoga practice and philosophy including “Light on Yoga”, “Light on Pranayama”, “Light on the Yoga Sutras of Patanjali”, and “Light on Life”. Nowadays, he has millions of followers, who are inspired by his life work and devotion to yoga. Mr. Iyengar passed away in 2014.

“You do not need to seek freedom in a different land, for it exists within your own body, heart, mind, and soul.” (B.K.S. Iyengar)